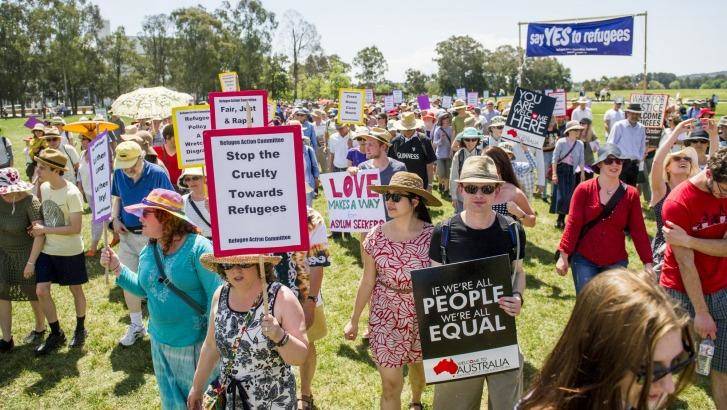 Earlier this year, Canberra Refugee Action Campaign produced a discussion document which made a number of points about the current situation as we saw it at the time of writing in late December. At that time the following factors we considered the most important in shaping the environment in which we were operating.

Since then there have been a number of developments which have also to be taken into account.

We have found that the people we are trying to mobilise have no hope at all that the current government can be forced to change its ways on refugees and asylum seekers. In this, they are almost certainly correct. Of course, we should continue to call them out and protest every aspect of their barbaric policies. But for many people in our audience, this doesn’t feel enough. It seems that nothing we can possibly do will make a difference to government policy.

These are some ideas which we hope will stimulate some further discussion and constructive collaboration.