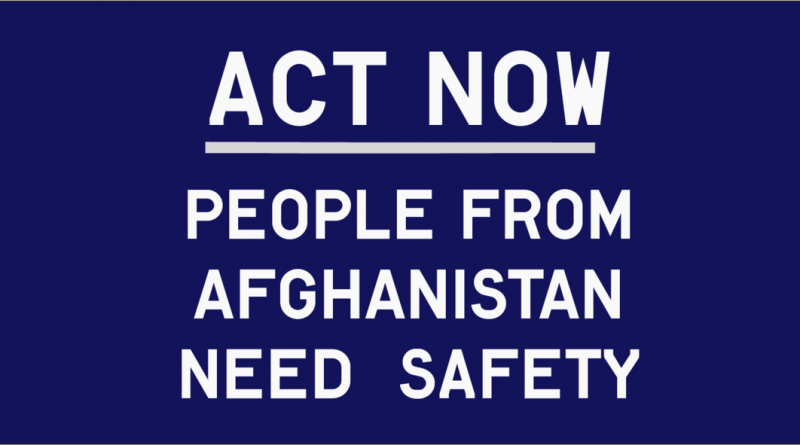 The Morrison government must act now.

Terrible events are unfolding in Afghanistan as the Taliban return to power. There is great fear that extreme human rights abuses will occur, especially against women and minority communities such as the Hazara community. This is also a very immediate crisis for Afghan refugees and people seeking asylum, including thousands of people in Australia and Indonesia.People across Australia are stricken with what is happening in Afghanistan and are urging the Morrison government to do more to help the Afghan people. There are immediate ways in which the government can help Afghan refugees and people seeking asylum:▪Immediately release and grant visas to those still held in Australian immigration detention (up to 53 Afghan refugees remain in detention)

What can you do? Make your voice heard!

Contact your local MPs/Senators & relevant MinistersA personalised letter is best, but here’s a starting point:
I am writing regarding the very dangerous conditions in Afghanistan as foreign forces withdraw and the Taliban takes control of much of the country. This poses a very real threat to people throughout Afghanistan and to Afghan nationals currently in Australia on Temporary Protection Visas and those in the immigration detention system.It cannot be safe for any Afghan refugee or person seeking asylum to be returned to Afghanistan now, or in the future, as they and their families would be targeted for reprisal. It is especially dangerous for ethnic Hazaras who have long been the subjects of persecution by the Taliban.I therefore urge you to:

(Draw from the dot points above)