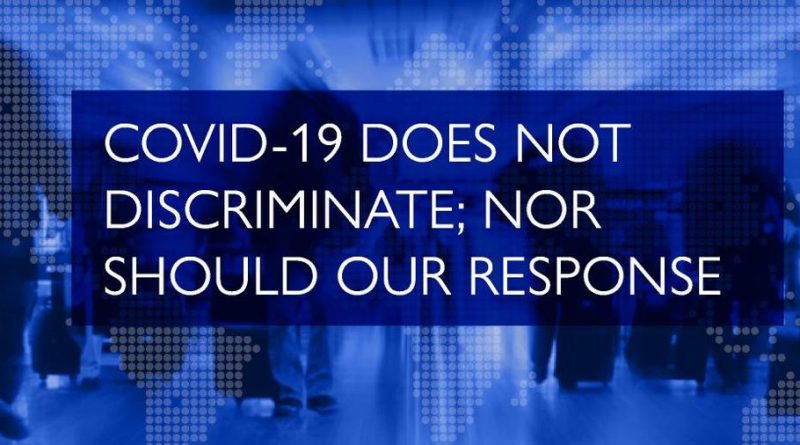 View article published in The Canberra Times on 8th April 2020

As people in Australia and around the world watch life as we have known it crumble and are told to keep apart from each other to stop the virus spreading, refugees and asylum seekers detained in centres around our country face a new threat. And they are not able to comply with the new directives.

More than 60 of these refugees are now detained in a Melbourne hotel after they were transferred out of Nauru for health treatment. They are still sick, and many have severe dental problems which prevent them from eating solid food. The majority are severely depressed and anxious due to the compounded effects of trauma, uncertainty and hopelessness. They are still frightened, but for a new reason.

In an effort to minimise risk, visits have been cancelled. There are promises of better health screening of guards and provisions for better hygiene amongst staff.

Detainees have been asking the government to take their concerns seriously for weeks as the coronavirus spreads across Australia.

Says Andrew*: “When the Australian government says ‘Keep your social distance’ and ‘We are protecting people from coronavirus’, how can we keep social distancing in this very small area? They put people on top of each other. There are five to six people sleeping in one room. How are we going to keep our social distance? There is no way. By what? Cancelling the visit, OK. But how come you’re allowing Serco officers to go into the community and come back without screening them? They’re only talking about purchasing a machine that will tell whether there is a temperature or not. We are sitting ducks for this coronavirus to happen. The last couple of weeks it was a flu or a cold virus. Everybody here had it, everybody. Everybody! So please, enough is enough. Please Australian government, Border Force, release us. There are people who are totally sick: heart disease, diabetes, respiratory diseases. If they contract this disease, it’s finished. It’s enough that we already finish our life from stress and distress. Enough is enough. Release us.”

There are 400 detainees in the Villawood Immigration Detention Centre in Sydney, where it’s reported that all fear for their lives and their safety.

Ian*, one of the detainees, has said the crowded detention centre makes keeping the recommended four square metres apart from one another impossible, especially at mealtimes.

He’s also said there is a lack of soap and no hand sanitiser available to detainees and staff, and guards at the centre have not been wearing protective gear or practising good hygiene.

The UN High Commissioner for Human Rights, Michelle Bachelet, has reminded countries that under international human rights law, states have an obligation to work to prevent foreseeable threats to public health and ensure that all who need vital medical care can receive it. People in detention are identified by the Australian government’s Department of Health as being one of the groups most at risk of getting COVID-19.

Asylum seekers living in the community in Australia also face significant challenges, including poverty, which will impact on their ability to get through the pandemic. They are barred from working and do not receive any real help to settle in Australia by the government. They are not eligible for Centrelink payments and the recent supplement of $550 per fortnight does not apply to them.

Our Prime Minister has declared on a number of occasions that in respect to the COVID-19 crisis “we are all in this together”. Can we not accept that, in a pandemic, “we” should include all permanent or temporary residents, whether in the community or in immigration detention?